We at Webber International University share a common belief that every the individual should be able to work and study in an environment free from discrimination, harassment or intimidation based on race, color, religion, gender, gender identity, age, national origin, mental or physical disability, marital status, medical condition, veteran status, sexual orientation, citizenship, or any other characteristic protected under federal or state law or local ordinance.

Discrimination and harassment are illegal and in direct conflict with the mission of the University. It exposes the University and the individuals involved to liability under the law. Accordingly, the University prohibits any physical, written, or spoken conduct that violates the prohibitions on harassment set forth in the policy.

What is Title IX?

Title IX of the Education Amendments Act of 1972 prohibits sex discrimination in educational institutions. It states, “No person in the United States shall, on the basis of sex, be excluded from participation in, be denied the benefits of, or be subjected to discrimination under any education program or activity receiving federal financial assistance”. Title IX compliance is overseen by the Office of Civil Rights of the U.S. Department of Education. It is an amendment to the Higher Education Act of 1965 which, itself, sprang from the Civil Rights Act of 1964, including Title IV, which broadly prohibits harassment and discrimination on the basis of many personal characteristics including race, color, sex, religion, or national origin. Consequently, the University is responsible to promptly, equitably, and reliably address allegations of sexual harassment, discrimination, violence, and retaliation.

What is the Campus SaVE Act?

The Campus Sexual Violence Elimination Act (Campus SaVE Act) of 2013 reauthorizes the earlier Violence Against Women Act (VAWA). With guidance from the U.S. Departments of Justice, Education, and Health and Human Services, institutions of higher education such as Webber International University are required to report annual statistics of domestic violence, dating violence, stalking, and sexual assault. The University must make community members aware of resources for victims of such acts, provide prompt, equitable, and reliable investigations of such reports, and establish sexual violence education and prevention programs.

It is the policy of Webber International University that no member of the University community shall be subjected to any form of unlawful discrimination, harassment, retaliation, or violence by any other member of this institution.

Harassment, including sexual harassment, while taking many forms, would include, but not be limited to, the following types of conduct:

Harassment, including sexual harassment, includes harassment of women by men, men by women, women by women and men by men. It can occur between teachers and students, teachers and staff, staff and students, and those at different levels of management, as well as between persons of the same University status, i.e., student-student, faculty-faculty, and staff-staff. Harassment, including sexual harassment, can also occur between any Webber International University community member (student, faculty, or staff) and a third party. It may be found in a single episode, as well as in persistent behavior.

Many times, the person accused of harassment is unaware that behavior is inappropriate, coercive or misunderstood. Even the accusation of harassment can have a destructive impact on the academic community. As such, the University will not tolerate any form of discrimination or harassment, or false accusations of such.

In the interest of protecting the University community, Webber International University has developed procedures to investigate and resolve harassment complaints. Those procedures are set forth in Section III of this policy.

Statement of Sexual Discrimination and Harassment

If an investigation results in a finding that the Reporting Party intentionally falsely accused another of sexual discrimination (including sexual harassment, sexual misconduct, or sexual violence), the Reporting Party will be subject to appropriate sanctions, as described below, including the possibility of expulsion, suspension and/or termination (in the case of employees). The fact that no action is taken as a result of the complaint against the Responding Party does not mean that the complaint was not false or malicious.

The University provides Title IX/Campus SaVE Act sexual violence education and preventive information to all campus community members through presentations and handouts.

Investigation of Complaints of Sexual Harassment

NOTE: Title IX/Campus SaVE Act Investigations Are Not Criminal Investigations
Sexual discrimination, including sexual violence, dating violence, domestic violence, and stalking, are potential crimes that can be reported to the police or other law enforcement agencies. However, they are also Title IX and Campus SaVE Act violations and violations of University Anti-Discrimination/Anti-Harassment policies and procedures Webber International University is committed to addressing and preventing sexual discrimination in all its forms regardless of whether or not such activity constitutes a crime
Interim Steps: Depending on the facts and circumstances known to it the University, in its discretion and judgment, may take appropriate interim steps to support and protect the Reporting Party or Responding Party prior to the outcome of an investigation.
· Establishing a No Contact Directive
· Changes in residence hall residency
· Changes in employment location or schedule
· Changes in academic schedule, exams, and assignments
· Academic support services
· Withdrawing from a course without grade penalty
· Medical, counseling, and spiritual assistance offered free by campus resources
· Medical, counseling, and spiritual assistance through off-campus referral, based on student preference
· Connecting the student with off-campus victim advocacy resources
· Connecting the student with assistance for filing a police report
· Voluntary withdrawal
· Emergency Interim Suspension of the Responding Party

Sanctions
Individuals found to have engaged in illegal sexual activity or behavior constituting sexual discrimination (including sexual harassment, sexual misconduct, and sexual violence, retaliation, dating violence, domestic violence, or stalking), based on a preponderance of the evidence¨ standard (i.e., it is more likely than not that sexual discrimination occurred) as defined in this policy, will be disciplined, up to and including discharge, removal, suspension, or expulsion from the University. The range of possible sanctions includes, but would not be limited to:
· Ongoing No Contact remains in place
· Written warnings
· Educational interventions
· Targeted community service
· Social, housing, or other probations
· Suspension (for varying lengths of time)
· Expulsion
Appropriate student sanctions will be determined by the Dean of Student Life and the Associate Dean for Title IX Compliance while employee sanctions will be determined by the Director of Human
Resources. In addressing incidents of sexual discrimination, the University’s response at a minimum will include reprimanding the offender and preparing a written record. Additional action may include: referral to sensitive or other relevant training, reassignment, temporary suspension (if an employee, without pay), reduction in duties, discharge, or removal or expulsion from the University.

Right to Appeal
Both the Reporting Party and the Responding Party have the right to appeal the decision of the Associate Dean for Title IX Compliance or the Vice President of Finance within seven (7) business days, in writing, to the CEO of Webber International Univesity.
There are two grounds upon which to base an appeal:
· There is significant, new information that was not available at the time of the initial investigation which could reasonably alter the facts and outcome of the investigation. A written appeal must delineate these new facts and explain how they could impact the outcome.
· There was a procedural error that significantly affected the outcome. A written appeal must describe the procedural error and support how that error affected the outcome.
Both the Reporting Party and the Responding Party will be notified of any changes to the final outcomes of the Title IX/Campus SaVE Act investigation.

Title IX Training Materials
Updated Title IX *This policy will be updated with editorial changes and the addition of some policy procedures. 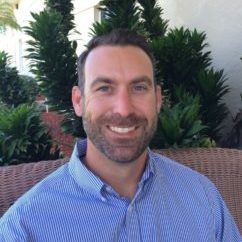 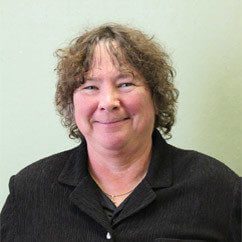 Zulu
Accessibility, Cookie and Privacy Policy
We use cookies to optimize our website and our service.In addition, if you are disabled or need any assistance navigating this website please use the UserWay feature on this website. Alternatively you can email us on info@webber.edu or call us on 863-638-1431 and one of our staff will provide you personalized support.
Manage options Manage services Manage vendors Read more about these purposes
Preferences
{title} {title} {title}